Prime Motor and Leasing has been in operation since 14 July 1993. 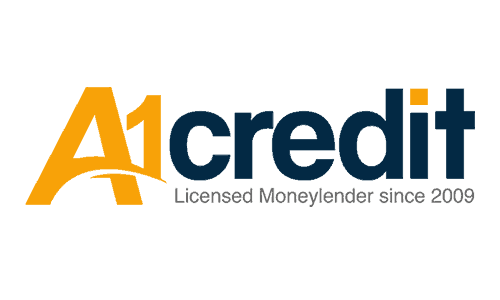 I bought a second hand car from Mark at the Ubi branch. He helped us with the entire process from buying to after sales. He gave regular updates on the progress and was very responsive to our questions. He promised to touch up all the defects and delivered all his promises. We found out that the audio touch screen was faulty after we collected the car and he changed to a new set the next day. Great service!

The saleswoman, connie chen, was acting proud. Requested for a test drive on a Mazda 2 model, but rejected me by saying: "if everyone asks for test drive, my advertised mileage will not be the same as per the car's current mileage." UTTER NONSENSE! It's not like your advertised mileage is a permanent figure that can't be changed... Then told me later that "we follow company SOP and requires u pay deposit first".. beng wei

Furthermore, she kept locking up the doors while I was there, like I don't know what's she hiding by doing that... kinda ruined the atmosphere. In the end before leaving, still asked me to go walk around to look for better options. Like as if people will surely buy that car off her in an instant. She
(or maybe this company in general) doesn't have the mindset that people having cash is king, and she just sent the king away with her attitude.

First time buyer and it was a good experience purchasing from Mark Yong of Prime Motor & Leasing in July 2019. The entire sales process was very clear, and Mark definitely gave his best to accommodate to the requirements I needed for my new car. Reasonable prices, flexibility of loans, dealer reputation were the key factors for my purchase - and best outcome is that I got my new car within the same month of purchase!

5 stars for Mark who served me very well when l trade in my car for a pre-owned car from Prime. Highly recommended car dealer.

I would to give my big thanks and shoutout to Mark Yong from Prime Motor AML who assisted me in the purchase of Toyota Alphard 2.5SC. I must say that this was my best car shopping experience ever. Mark was very informative, and he was answering very question of ours patiently. He is very approachable and easy to deal with. Furthermore, when it comes to negotiation, he is upfront and frank with what he is able to offer, and he was honest about it.

Nowadays, it commonly seen that car salesmen just don’t do enough good job and their only objective is to get money out of your wallet. But, salesman like Mark delivers an incredible service and gives a very pleasant experience throughout the whole process. This type of quality is hard to find in the car industry with unscrupulous salesman everywhere.

I would definitely find Mark should I ever need to buy a car again. Prime Motor is lucky to have him as a valuable asset to the company.

I met a salesperson, Mark Yong 84995146, he is meticulous, friendly, follow-up his case tightly and show his passion on his job. I highly recommend him, please look for him if you need to rent car, buy new or used car. You will never regret. Prime motor is so lucky has this AWESOME staff. Appreciate him to help us choose a good car, done all the procedure smoothly and provide valuable advice for us. Will deal with him again 😉

Mark Yong assisted me in getting the car that I am interested with. He is patience, meticulous, honest and friendly. He is very responsive in answering all my questions. I managed to purchase the car and he went the extra mile in ensuring that all paper works and the car conditions is as I have requested. He provided additional information about the car settings and handling. Overall, I am very satisfied with the service given by Mark (84995146). I have to say Prime Motor has an invaluable staff such as Mark to assist with their customer.