GV Credit is a licensed moneylender based in Singapore. The company advertises that it provides fast cash on flexible payment terms. GV Credit has been in operation since 2010 and they provide personal, payday, foreigner, and business loans. GV Credit received its license to operate in 2010. 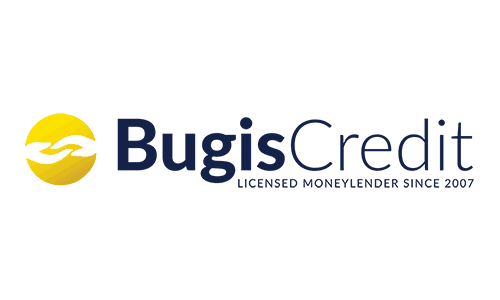 Don't waste your time with this con shop at their Telok Kurau showroom.

Misleading advertising and blatant falsehoods are the name of their game. A quick search on Google will reveal that their dishonest practices are not new.

Their unethical modus operandi is simple: Post professionally looking photos of their cars on sgcarmart and other online platforms and list them at attractive prices.

Once you are blinded and seduced by their con online and head down to their showrooms, the prices will be inflated 20% to 30% of the originally listed price, citing extra "facilities".

From there, flowery sales talk will be unleashed to potential buyers who doesn't know any better. Targets who don't know how to count and compare car depreciation are the easiest meat for them.

The reason they gave? Due to extra "facilities" like new paintwork, new leather seats and warranty.

I call BS. Sure, buyers appreciate all the aesthetics reconditioning done, especially for a renew COE car. But shouldn't they have listed the car at $46,800 instead of a BS non existent price?

When questioned with the above, Jinson Niam (more on him below), one of the car salesman with the Company, has got a wonderful and sarcastic reply to this con: "Good things don't come cheap".

By the way for the above Honda Stream example, the dealer market is currently doing 35k to 40k at the time of writing this review. For 37k and up, almost all has already got their aesthetic reconditioning fully done up by dealers, with warranty included.

Jinson Niam, one of the car salesman with the company, operates a Facebook page with the same Company name, GV Credit Pte Ltd. He is quite possibly one of the most arrogant car salesman in the industry.

A potential buyer had left a negative review on their Facebook page after having visited their con shop. Rather than admitting their lies and feeling guilty about misleading a potential buyer and thereby wasting his time, Jinson Niam chose instead to laugh about it and taunt the poor guy on Facebook to report the matter to the police. He even got the cheek to boast that their Company sells an average of 60 cars a month. Woah.

Do your own math using the above Honda Stream example to figure just how much hard earned cash 60 unwitting buyers stuff into the fat pockets of Jinson Niam and his associates every month.

After further questioning Jinson Niam on his Facebook review page regarding their misleading advertising practices, he "challenged" if I had a problem with him and that he's waiting for my reply.

The best part? He blocked me from further commenting on their Facebook page after issuing the "challenge".

Don't bother looking for that review on their Facebook page. Reviews have been removed and hidden on the page.

Visit this con shop at your own risk. You have been so advised.

GOD Punish them, Dont go to this company, they are the real cheater. i have a bad experience and misleading by them.big cheater

by ML THIRUKUMARAN on GV Credit

This company lures people with false promises. They posted car price at $40,800 on SGCarMart and claimed to give new leather seats and fresh coat of paint of your choice at no cost.However when I went down they were not willing to change the colour of the car. The cars were in very bad shape to which they said they will refurbish once car is confirmed. But when we sat down to speak about price, they revealed that the actual price of the car is $48,800 after all the painting and refurbishing is done. That’s a difference of $8,000. Very unethical way of doing business, luring clients in and then trying to convince them to buy. Total waste of my time.

by jsnho on GV Credit

Lousy, when ask for price, everything must ask manager. Sale person do not know the price. What a joke. Price is $6k- to $8k more than the listing price in sgcarmart. Don’t waste time going there.

False advertising at SGcarmart. You are forewarned by a trusted fella google scout.

by Terence Tan on GV Credit

Firstly delay in handing over car. Even though some of the issues had already been found during the initial STA inspection and physical check (e.g. 3rd brake light faulty, aircon pipe leaking), these were not fixed when going to collect, thus caused further delay. Worn disc brake was not changed eventually as well

Advertisement of price is also just a lure. Also, literally cant choose any colour that you want as most cars they claim already painted.

After driving for about 3weeks, started to have some strong vibrations. Brought to other workshops to check, it was due to engine mounting need to change. However GV workshop tried to get away by explaining it was due to low engine idling speed and they had already changed the engine mounting.
Brought to a trusted friends workshop. Found out they only changed 1 out of 3 mounting, the one that was most visible and easiest to change. The other 2 mountings were not changed. So spent own money to change the 2 mountings.

by Desmond Lau on GV Credit

False Advertising. When I went there, prices were up to 8k higher than listed.

by I. Syukor on GV Credit

I dont know why is the rest of the reviews are bad. But to me, the pricing they selling and the condition of the cars they refurbished before handing over is worth the penny, car is in tip top condition before handing over. Customer service was good too. No doubt I paid more than other car dealers who sold their cars in raw condition, without wear and tear warranty. In house interest rate given was also fair and same as normal banks.

False advertising at sgcarmart. Was told the price more than 6k due to additional things done like warranty, paintwork, leather seat, rim. Felt cheated, not sincere. Cannot get the actual vehicle and price stated in the sgcamart.